Thesis has a multi-issue character with particular emphasis on a new dimension of architectural education understood not only as an educational process aimed at students but also as the general and widespread education of the society in different age groups.

The first chapter is a brief history on the WAPW’s building modifications during its 100- year history and identification of current spatial needs in terms of changing conditions and tools related to the process of teaching and research.

The second chapter is an analysis and reflection on the contemporary architectural culture in Poland: about the lack of spatial order, attempts to prevent chaos and the project of Polish Architectural Policy. This chapter focuses on the educational aspect and the need of popularisation of the architecture in different forms and target groups.

The third chapter is devoted to the idea of the Architecture Center. Basing on the best practices from Europe and the projects developed in recent years by the SARP, program assumptions and social mission of such institutions, which could be found by the Faculty of Architecture at Warsaw University of Technology are introduced.

Basing on the conclusions of the theoretical part, issues related to the specific location were determined: on the one hand, the question of adding new volume on the historic complex of buildings (vs. genius loci. Zeitgeist), on the other hand the use of la plot without direct access to the street for the purpose of a public building (and related issues such as: the need of the spatial promotion of the place and possibilities of using the courtyard).

The second chapter describes the location’s potential on the basis of the current masterplan and the character of the local area. Based on the above analysis, the next section presents the proposals for three scenarios of design solutions: the minimum, maximum and optimum. 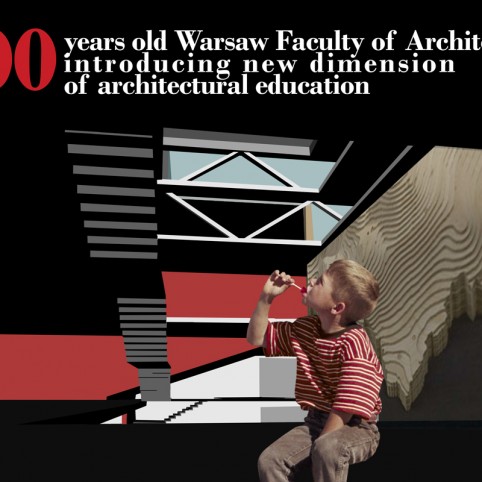 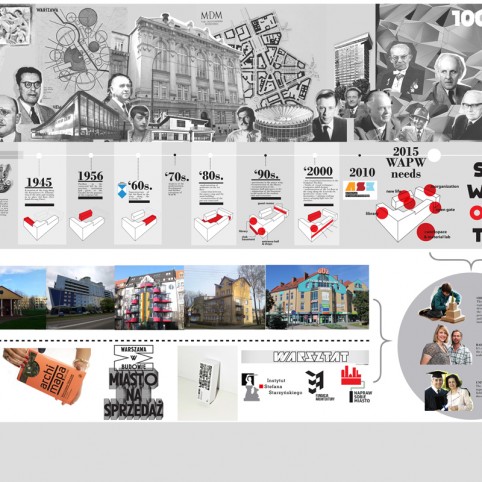 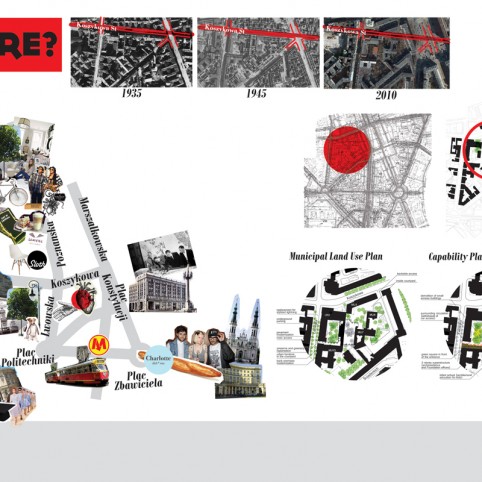 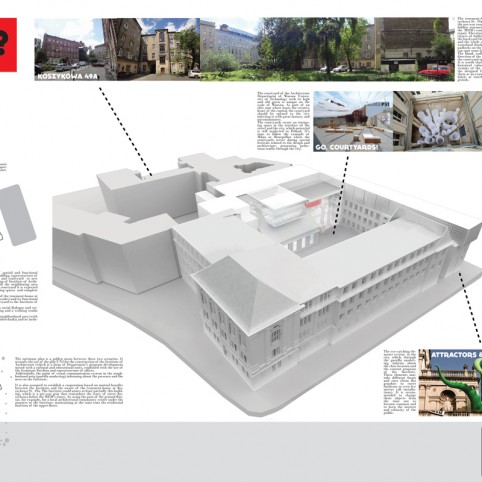 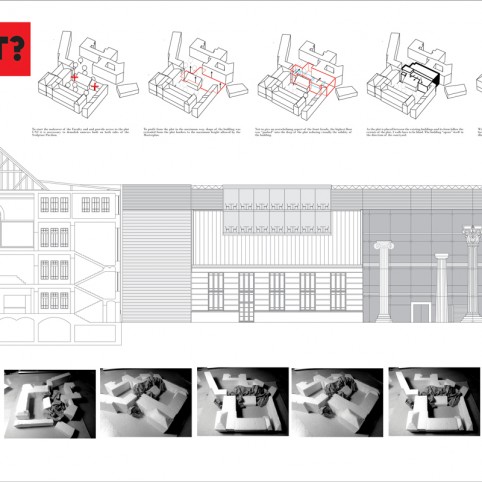 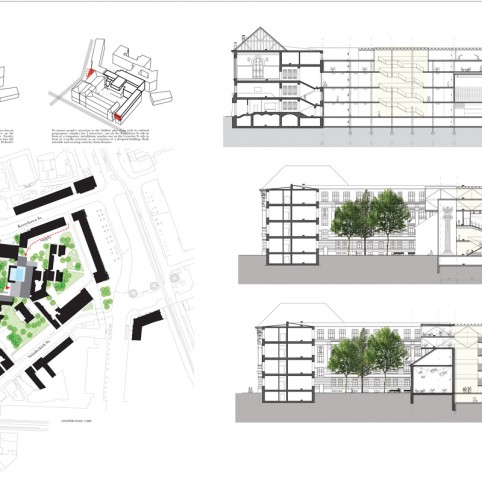 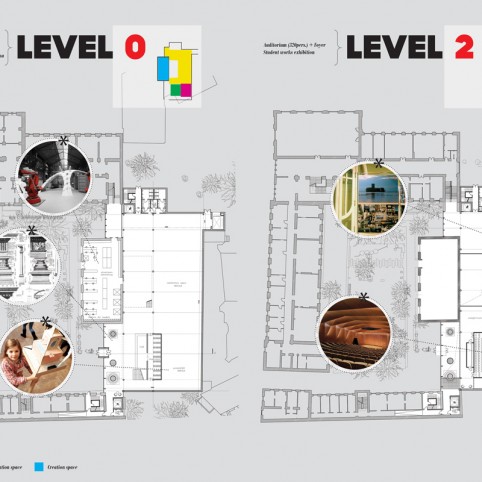 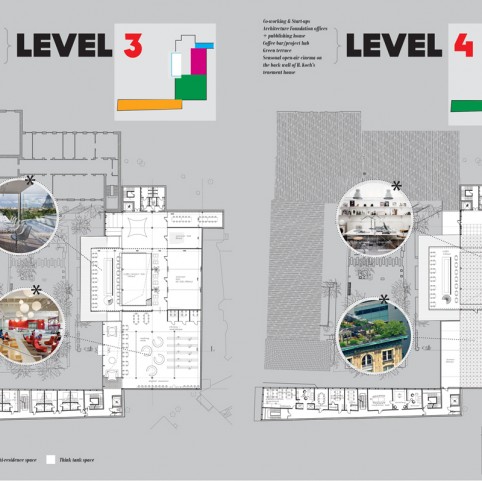