The aim of this project was to improve fractured cycling infrastructure in Warsaw. Both existing and planned cycle routes in Warsaw mainly run from North to South, leaving and infrastructural gap in West-East connection, especially through city  centre. While there are possibilities to reorganize traffic on Aleje Jerozolimskie to accomodate missing connection, there is a problem with bridging the gap over the Vistula river.

The embankment on the west bank of the river is very steep and unpleasant in everyday cycling commute. Main national railroad runs through the city centre, almost in a straight line on an west-east axis.

My solution is to create cycling route along the railroad, starting at the edge of the embankment, next to PKP Powiśle station, using its infrastructure, viaducts over the streets on the lower level and finally the railway bridge  to connect both banks.

The route is partially supported by the bridge. While having its own structure it is impossible for it to stand on its own. It is like an organic overgrowth, crystal like form, during the day shimmering in the sunlight and emmiting its own eeiry glow at night.

The approach to create such addition would be to attach a deck, supported with a space frame relating in its shape to the existing lattice and cover the structure with triangular panels achieving crystal like, multifaceted structure with random distribution of textures to create a dynamic effect 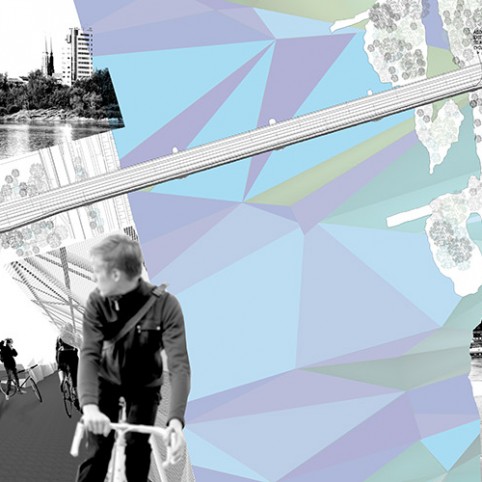 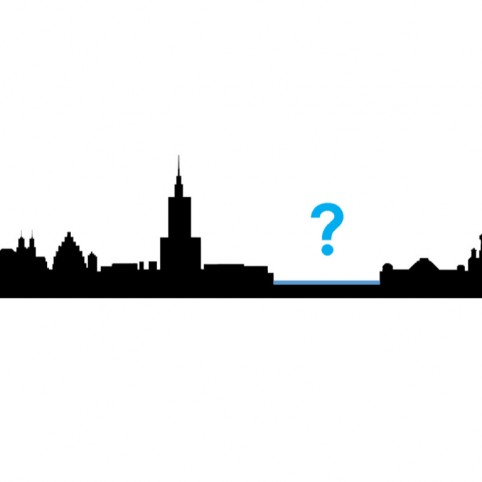 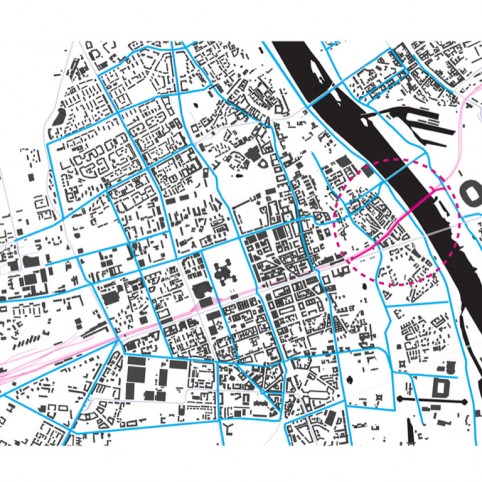 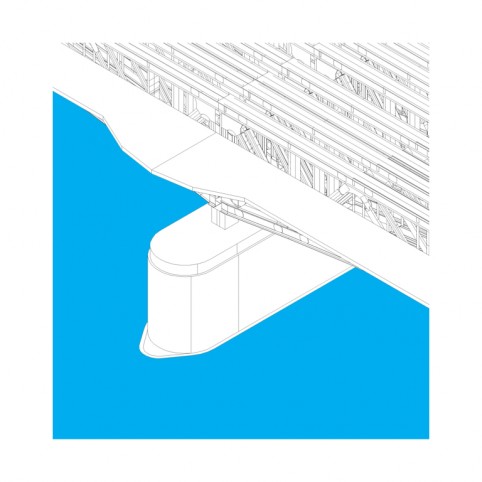 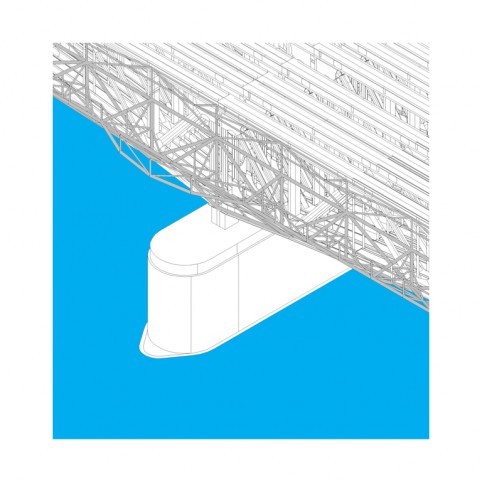 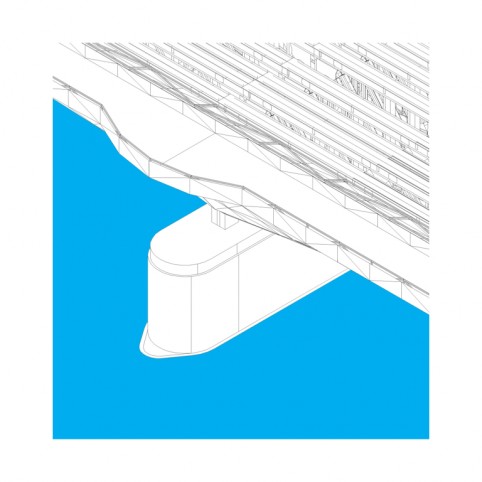 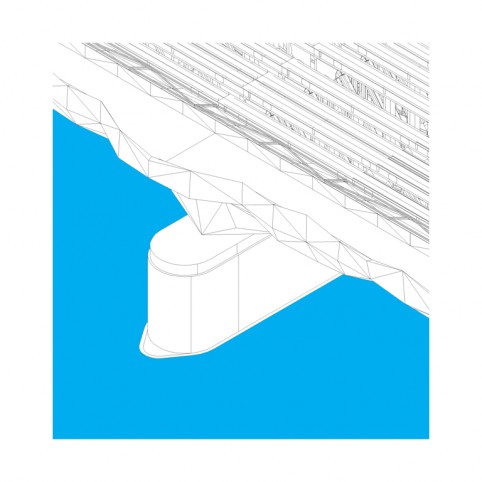 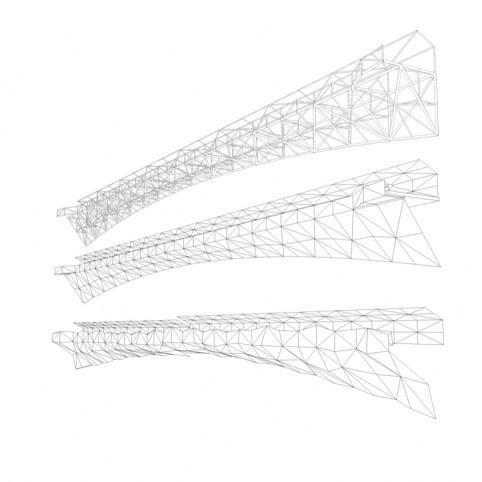 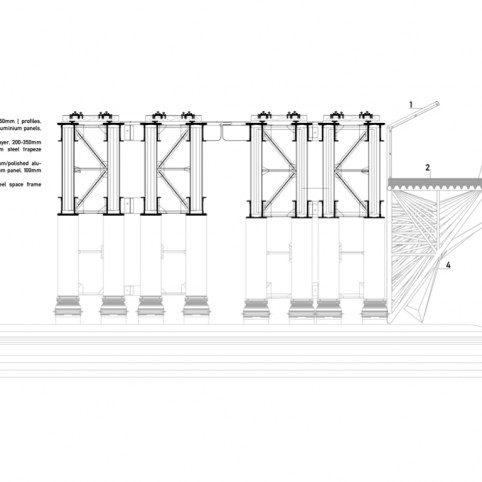 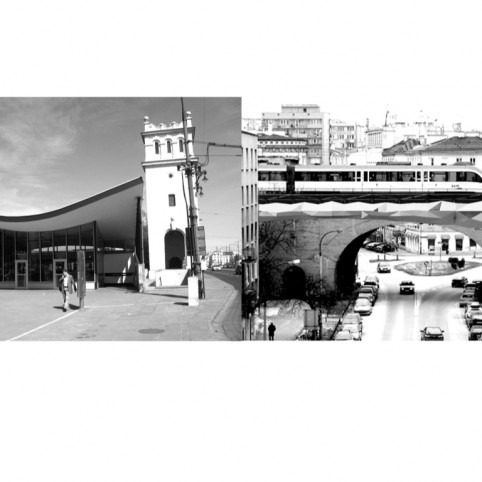 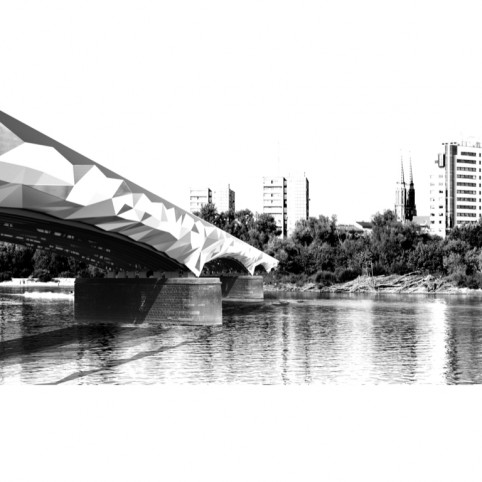 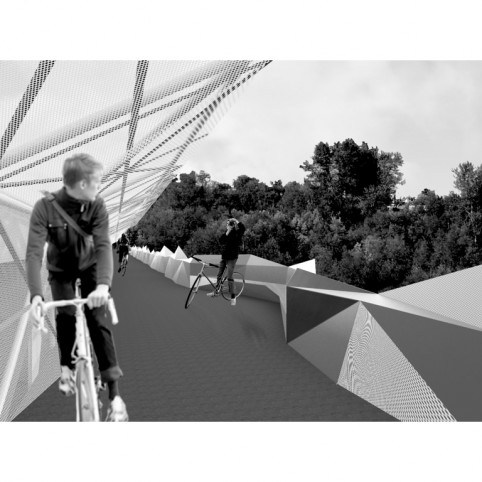 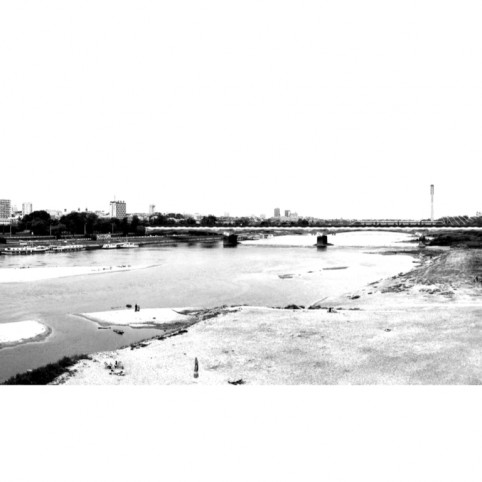