One of the challenges facing heritage protection services as well as the emerging society of knowledge in Poland is the problem of historical residential ensembles whose continued physical existence is threatened in spite of the fact that, in theory, they are protected by law thanks to having been entered into the register of historical monuments. The observed situation is historically preconditioned, but the current legal and economic system lacks effective mechanisms to arrest the degradation of this valuable heritage. The phenomenon is of mass character. However, its true scale is not really known, as heritage protection services remain both organizationally and financially impotent in terms of monitoring the state of historical monuments. It may be estimated that out of the 2,000 objects encompassed by the register, several hundred are imperiled. A valuable source of knowledge regarding the state of palatial ensembles supplementing official sources is the Internet, where numerous enthusiasts of historical monuments demonstrate significant activity. It seems that for most of the currently endangered palatial ensembles the only hope might be action on the part of private business investors willing to apply guesthouse functions to these facilities, providing guests with attractions derived from the period and authentic nature of the heritage site. The investment potential of such solutions finds confirmation in trends observed throughout the world. In many cases, historical palaces serving as hotels (but not only) become a catalyst for positive economic, social, and aesthetic change in their surroundings. In many cases, historical palaces serving as hotels (but not only) become a catalyst for positive economic, social, and aesthetic change in their surroundings. They are often the only attraction capable of generating tourist traffic and setting in motion a multiplier mechanism magnifying the economic effects within the local economy of the outlay incurred on supplying, maintaining, and servicing the historical monument. This effect makes possible a shift in the paradigm that has, to date, insisted that care for heritage is exclusively coupled with expenses that must be covered by other areas of the economy. It is important to be aware of the fact that with the loss of heritage sites, what is being lost is not only their existing or time–honored value linked to the material and history of the monument, but also potential values (cultural and economic) that could have been created using the historical monument as a fulcrum. Stimulation of revitalization processes should be an obligation of the State and must be tied with an active quest for responsible and wealthy investors. It is to this end that knowledge about threatened historical monuments be accumulated and made available as broadly as possible. This work proposes a model for a modular knowledge base allowing the study of the endangered resource from the general to the detailed, where the first step is the identification of the threatened sites. This model takes into account the possibility and stresses the value of incorporating historical monument enthusiasts into the process of accumulating information about endangered palaces. The modular knowledge base could become an efficient instrument for managing the imperiled historical resource as well as a tool for its effective promotion among investors. The beginning of the process of creating such a base is the development, for the needs of this work, of a catalogue of over 300 palaces that includes photographs and basic information. One of the facilities incorporated into the catalogue of sites—i.e. the palace and park ensemble in Mordy—includes a developed architectural and functional concept for its adaptation as a Meeting House with the East—an international training and conference center of the „Ośrodek KARTA”—as well as the Museum of Landed Gentry. The objective of the design is the revitalization of the ensemble by underscoring its landscape values, the conservation and restoration of existing historical buildings, protection of historical substance and the bringing to light of artistic values in line with the principles of conservatio est aeterna creatio, and technological modernization meeting the needs of new functions as well as increasing the capacity of the ensemble through the introduction of new facilities on the sites of buildings that had existed earlier. Intrusion into the structure of historical buildings has been limited to a bare minimum, while including the faithful recreation of their appearance from the time when they were used by the last of the gentry—i.e. the Przewłocki family—coupled with the shaping of new buildings applying forms whose volumes approximate the historical ones, while employing detail and construction materials that express contemporary aesthetic tendencies. 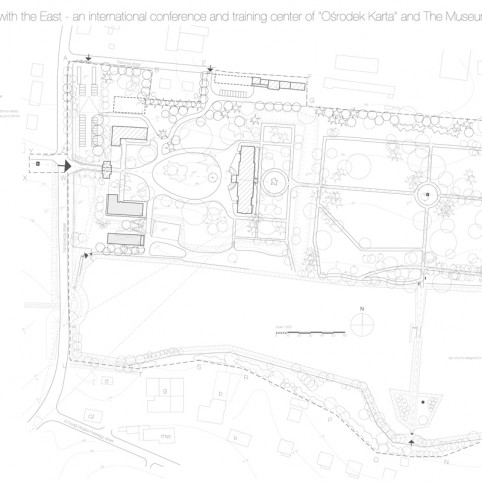 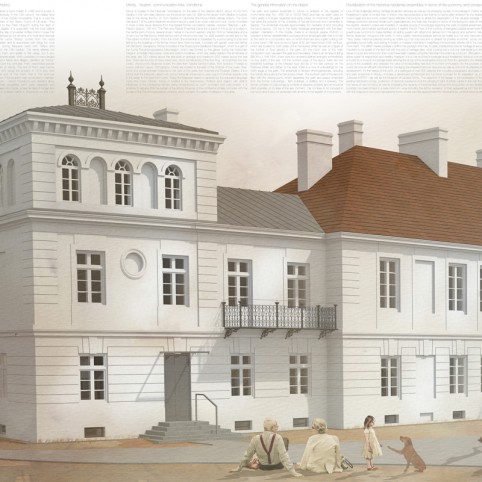 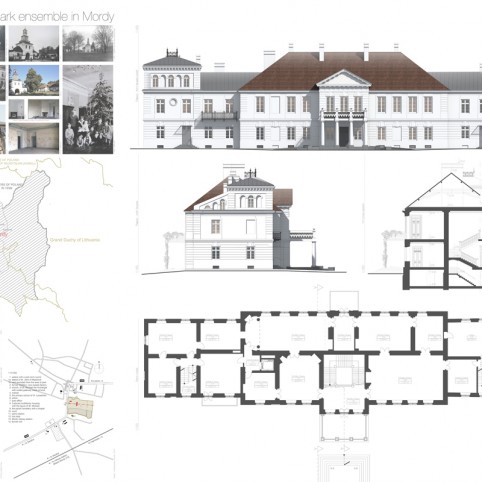 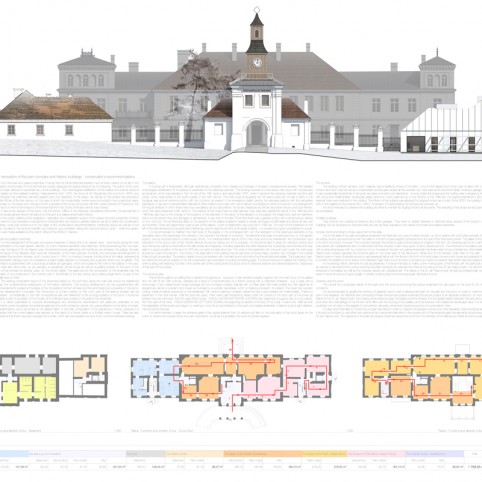 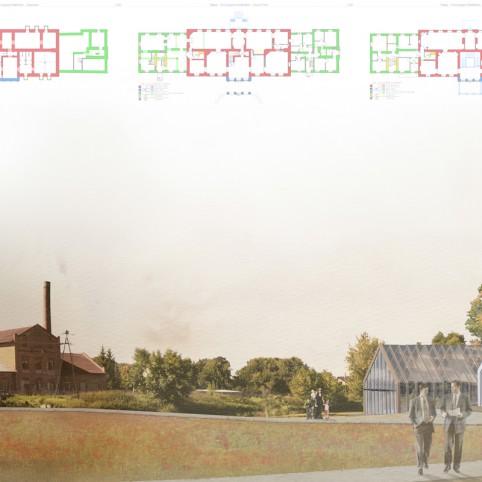 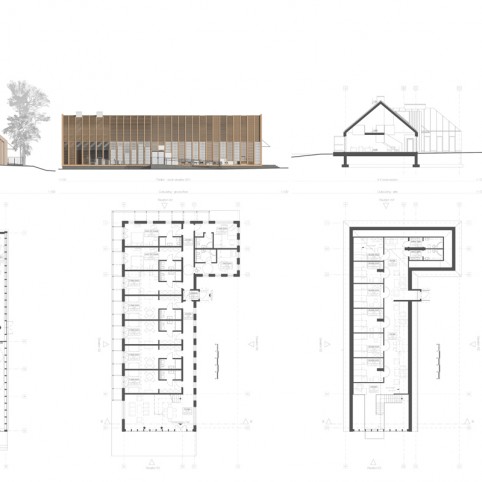 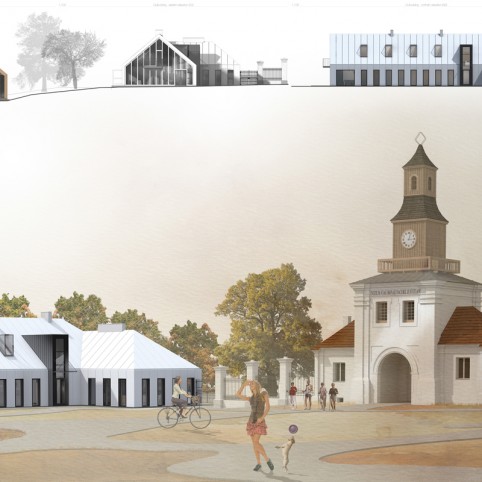