The phenomenon of self organisation known as the swarm intelligence is present in the animated nature and creates highly optimised systems. It is in the centre of interest of researchers from different fields. Swarm behaviour was translated into several optimization algorithms, such as Ant Colony Optimization and Particle Swarm Optimization. Apart from optimization algorithms, in work Steering behaviours for Autonomous Characters flocking behaviour of birds was divided into several separate steering behaviours for developing a computer graphic motion simulation of numerous autonomous characters forming a swarm.

There were several both strictly scientific and architectural experiments with apllying swarm intelligence to generation of spatial solutions. Slime mold Physarum polycephalum was proved to generate networks as efficient as railways networks in Tokyo desigend by transport engineers. Agent based systems stigmergy strategy for communication were proved to have self-organising capabilities. These works were inspiration for architects. Neil Leach when developing their propositions for urban designs developed with tools simulating self- organisation of urban tissue. Fabian Sheurer created an agent-based simulator for distribuitng columns in a design of a bicycle parking.

The analysed examples helped to develop a design of a market hall located in the centre of Warsaw. First the layouts of existing bazaars were analysed. The conclusion was drawn that the market layouts, at their early existence stage, are formed in a process of emergence. This led to a decision of simulating this process an using the output for developing an architectural design of a market hall. The rules of this process were formulated and translated into an algorithm. The algorithm was later used for writing an application, using Processing language, that simualted the behaviour of people shopping at the market, using Steering behaviours for Autonomous Characters, which allowed for carrying out a simulation of market layout emergence.

The generated output was then used for distributing columns in a designed market hall and forming the canopy. All geometrical dependencies and proportions were formulated in a Grasshopper definition. It allowed for easy adjustment of canopy dimensions for different simulations output, which means that this design tool is somehow universal and can be used in different scenarios.

The designed canopy was later completed with auxiliary architectural elements, such as staircases, elevators, terrace, skatepark, toilets and staff rooms. 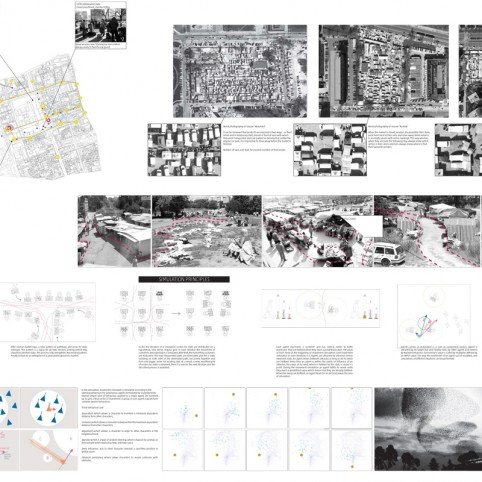 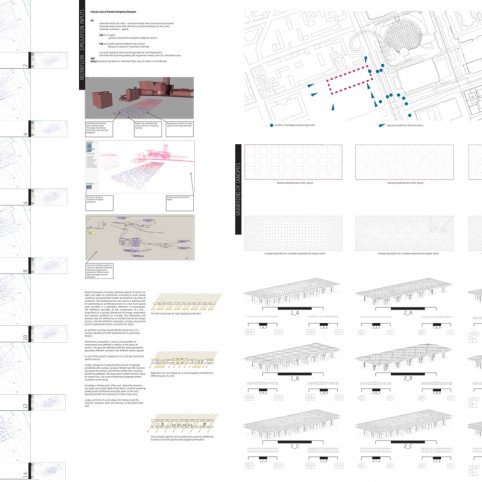 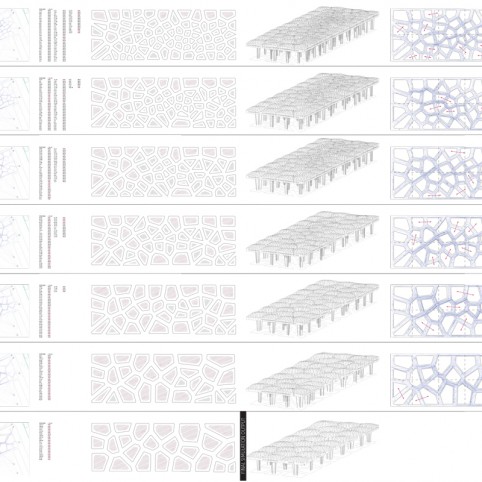 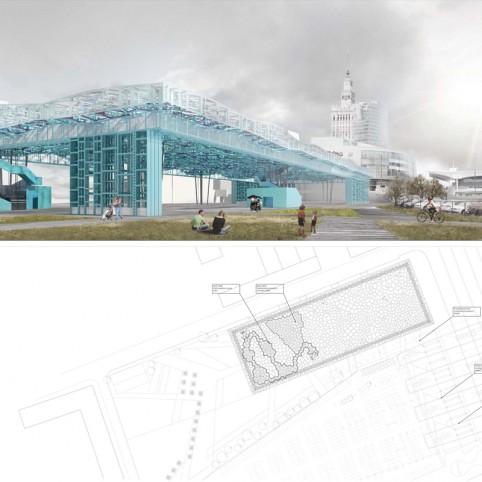 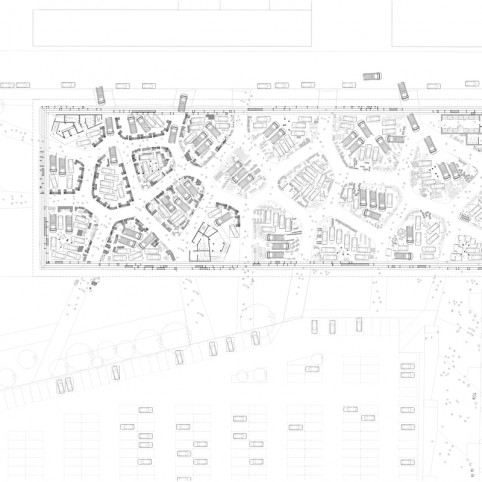 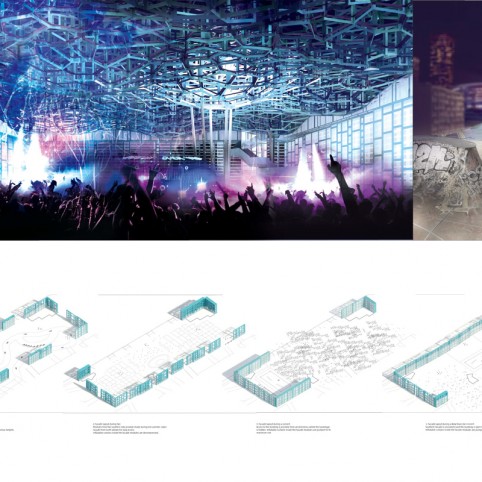 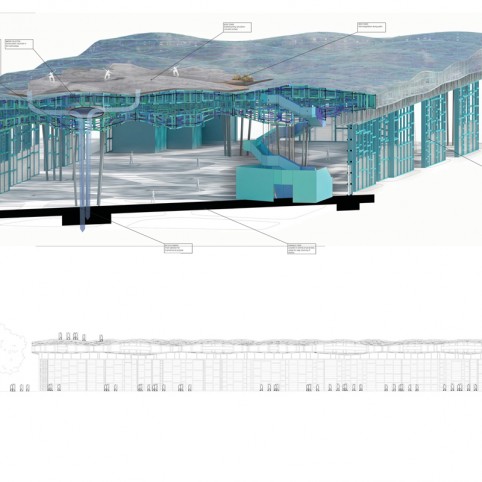