ASK studio is exploring the reconstruction opportunities and consequence of the dissemination of the IT culture in the fast changing world. Can traditional material and techniques be augmented through the deployment of digital technologies and tools? Can we explore the notion of digital vernacular to reverse one sided globalization trends? The expansion of the internet and resulting global connectivity is reformulating our design conventions.The contemporary student of architecture will have to confront design practice in the diverse cultural situations quite distant from the home ground. The ASK Program provides the formative experience and participation in the global knowledge society. Information technology expands the possibilities of creative work when computers are regarded not only as tools, but also as the means to involve others in the design process. No longer marginalized, the citizen of the XXI century has now direct access to design process. The distributed collaborations and the participatory design takes important part in forming pervasive and ambient digital environments. While the expansion of social ties across the planet should lead to rich and complex connectivity globalization process is not yet very balanced and cultural colonialism is rampant. The one sided nature of global cultural exchanges deserves much more scrutiny and the adage „think globally, act locally” reminds of ideal condition needed to confront cultural globalization.Clearly we can learn from the seminal and rich “glocal” cultures.

This studio will broaden design scope through a more speculative exploration of new technologies and materials as related to the aspects of tradition and its reconstruction. Our research and design projects are to be situated in Town of Tongguan 潼关县 in Shaanxi Province of China. Tongguan ancient history goes back to Tang dynasty (618–907) and it merits close examination and understanding in the days to come. It has significant position and value in Chinese cultural and military history and offers many lessons to us. Collaborating on selected projects with architecture students and faculty of Xian University of Architecture and Technology, the participants from Faculty of Architecture Warsaw University of Technology ASK Graduate Program will bring into the process their contemporary design interest, as well as records of established culture of reconstruction practice of Warsaw historical fabric.

The exact time when the Tong guan city was established was not recorded in historical document. But, it has certainly been built before A.D. 211, because there is record a famous battle that happened in this year there, City has had moved two times, at the beginning until the Tang Dynasty (A.D. 7th century), the original site is about 4~5km east side far away from Tongguan. Due to its unique location, the old Tong Guan city had a very important role in Chinese history as a military fortress for more than 1300 years. In Ming Dynasty (A.D. 15th ~17th century), it has been expanded and became a small town, not only the soldiers and some populace lived in here. The wall city was 16~30m high (depends on the topography), 4m wild and 11.2km long. It had 6 city gates. Almost 80% of the buildings were destroyed in II World War by Japanese bombing. In 1960s, because the government was going to build the Sanmenxia Reservoir. The city has to move to south, to the higher place where 8km away from it. Material and brick for dam construction was taken form the city.

Since most of the residents moved to the new town, the old Tong Guan became more and more like the countryside. The social structure has changed. Vacancy was rampant and some reconstruction of the remaining building with use of old materials took place. People moved to the new town, or to find a job in other cities. The change of production mode took place. The local culture was destroyed. The dissimilation of city landscape and culture landscape can be observed. City ruins becoming only a destination for tourism. Among other problems is the reduction and destruction of relics and old fabric, as well as the impact of the highway bi-secting the site of this ancient city, The proposed Museum is to celebrate the memory of the famous city, its location, culture, glowing past and activities of its residents. It will protect remaining the relics of city and its wall and gates. 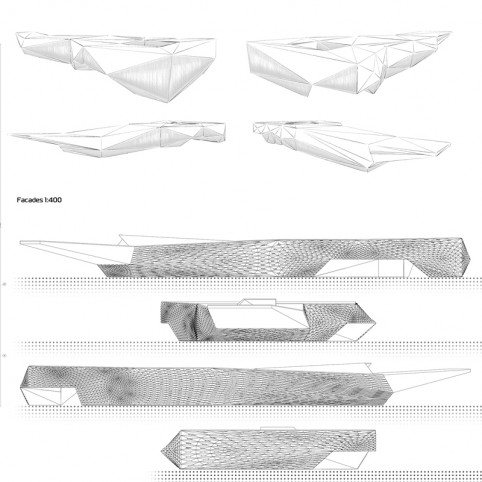 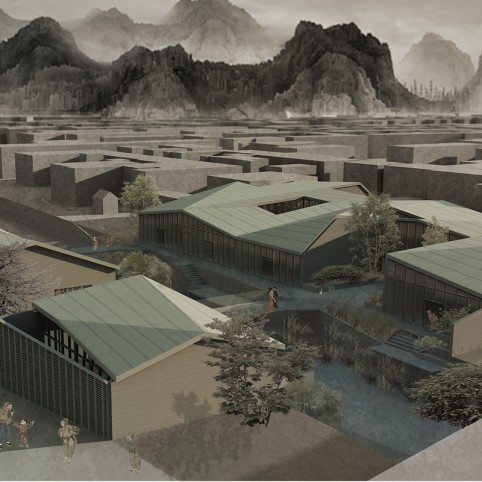 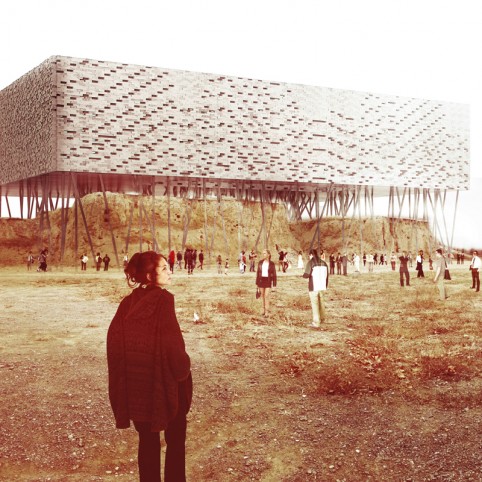 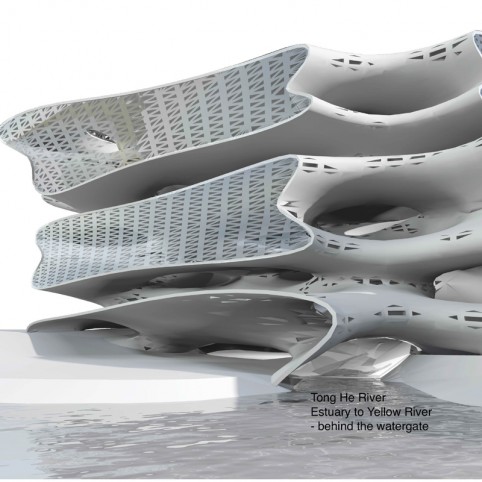 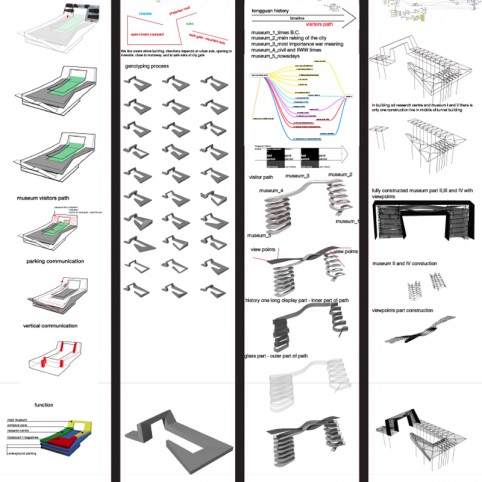 City as a museum 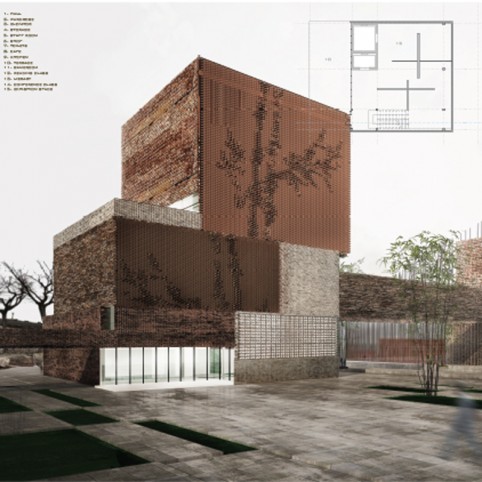 At the crossing of the ages 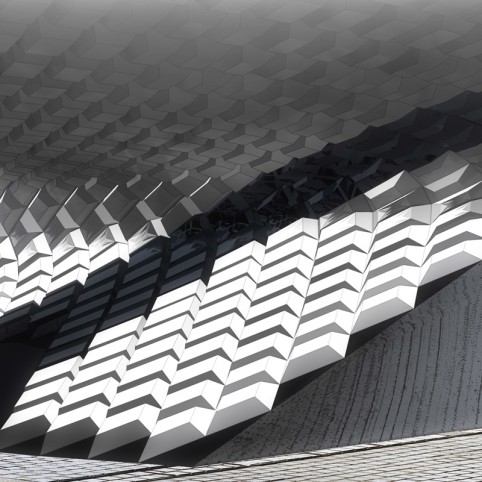 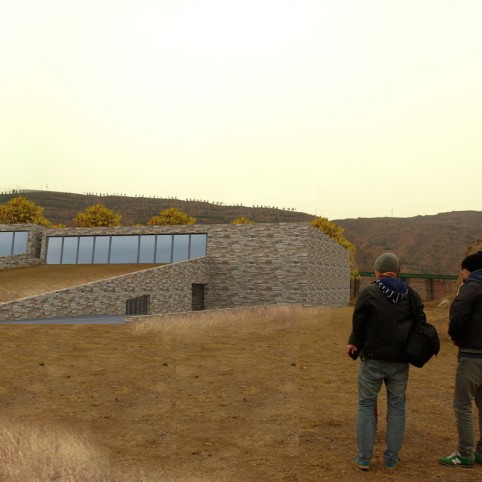 Cultural Centre as a reflection of the Country 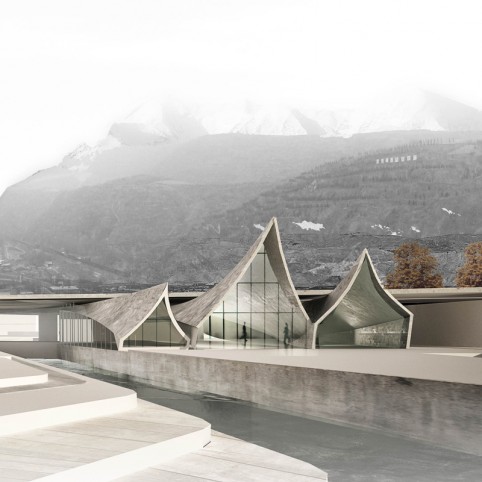