Jill Scott is originally from Australia, but has been working and living in Switzerland since 2003. Currently she is a Professor for Art and Science in the Institute Cultural Studies in the Arts, at the Zurich University of the Arts (ZhdK) in Zürich and Co-Director and Founder of the Artists-in-Labs Program (a collaboration with the Ministry for Culture, Switzerland) which places artists from all disciplines into physics, computer, engineering and life science labs to learn about scientific research and make creative interpretations. She is also Vice Director of the Z-Node PHD program on art and science at the University of Plymouth, UK-a program with 16 international research candidates. Her recent publications include: The Transdiscourse book series: Volume 1: Mediated Environments, 2011, Artists-in-labs: Networking in the Margins, 2011 and Artists-in-labs:  Processes of Inquiry: 2006 Springer/Vienna/New York, Artists-in-labs Processes of Inquiry both from Springer/Vienna/New York. Her education includes: PhD, University of Wales (UK) MA USF, San Francisco, as well as a Degree in Education (Uni Melbourne) and a Degree in Art and Design (Victoria College of the Arts). Since 1975, She has exhibited many video artworks, conceptual performances and interactive environments in USA, Japan, Australia and Europe. A monograph entitled: Coded Characters Hatje Cantz 2002, Ed. Marille Hahne documents this work. Her most recent art works involve the construction of interactive media and electronic sculptures based on studies she has conducted in residence in neuroscience labs at the University of Zurich, called “Neuromedia” (a Springer Publication in conjunction with an exhibition of the same name in KULTURAMA Science Musuem in Zurich) These particularly relate to the somatic sensory system and artificial skin (e-skin) 2003-2007, molecular and retinal behaviour in relation to human eye disease (The Electric Retina-2008), nerve damage in relation to UV radiation, in the skin and on the landscape (Dermaland- 2009) and Somabook (2010) about the problems in the development of neural networks in the pre-natal stage. Currently, she is working on two new projects about the neural systems of hearing and taste, inspired by a residency with neuroscientists at SymbioticA, University of Western Australia. 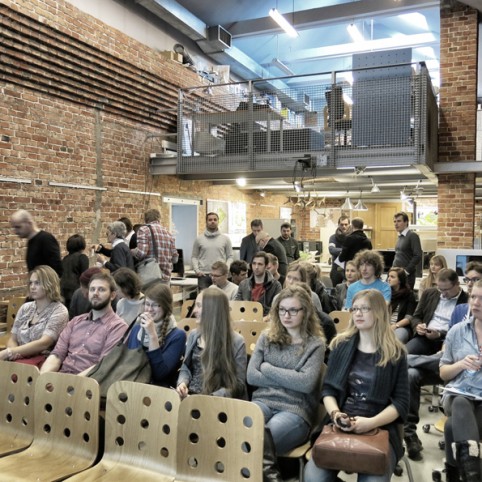 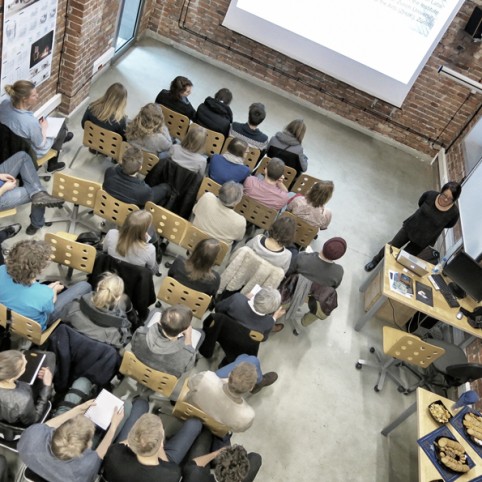 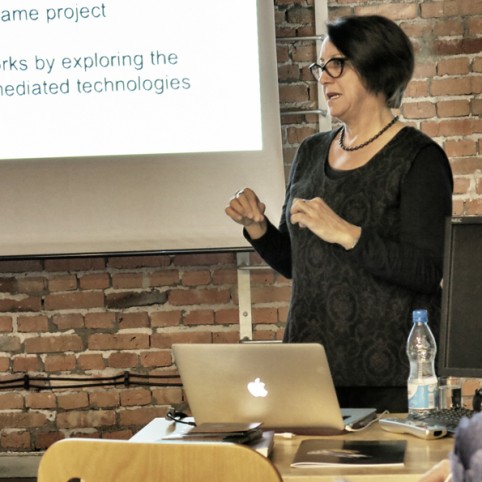 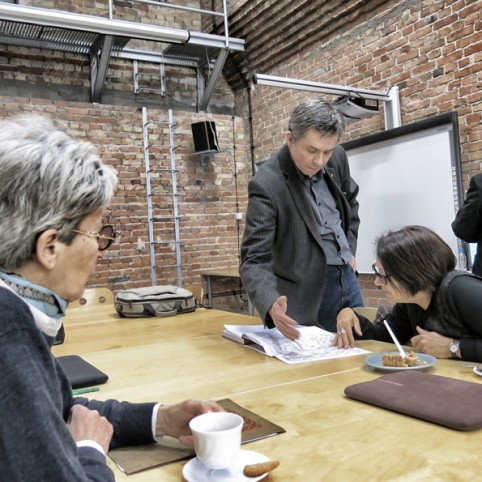