Structure could be understood as, a set of associated components that interacts with each other. The basis for its creation relays on a global logic of the system, which is designed to ensure its survival and functionality. For many years, engineers and scientists are studying various structural systems, based mainly on the nature schemes (skeletal, chitin, crystals, etc.). The development of new technologies and new materials made this study possible and relevant.

The theme of my thesis is a structure embedded in the context of a rapidly developing city which of Xi’an. Over the years, the legacy of the eastern region fore „Dong Men” became a no systematic urban field. Urban fabric of this area consist of low-rise old buildings, five story walk up apartments from 1960’s and the most recent up to 50story high rise towers. Small industrial building, factories and commercial centers can also be found in this area.

Today’s aim of the Xi’an government is to create a ring of skyscrapers in the big agglomerations surrounding the historic city walls and to move a large number of people from the countryside to the city. This situation permits developers to build high density districts without any common social spaces and amenities.

My project is a response to today’s issues. Its task is to unblock and ensure a better quality of communication for the inhabitants and also add various common functions to the city, which will improve the quality of life and development. An additional objective of the project is to provide the ability of growth of the proposed fabric, whose structure can increase on a larger area.

This structure consists of two main sets of elements: stations and bridges. Those first are communication nodes in which are placed at the two first floors common services (shops, restaurants, etc.). On the upper floors are located bigger functions more important for the agglomeration (sport hall, landing spot, small park, structure elements factory). The bridges connect those stations and are gathered with moving walkways, cycle paths and vegetation.

The main inspiration to my project were the historical Xi’an city walls that turned out to be a great pedestrian way till those days. With this project an additional social aspect is also broth to live – the emphasis on the use of bicycles and greening wastelands. With all those aspects the structure should be a relief from the overcrowded and polluted typical chinese city. 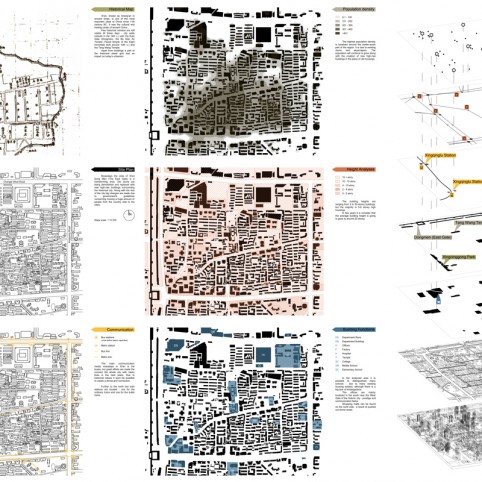 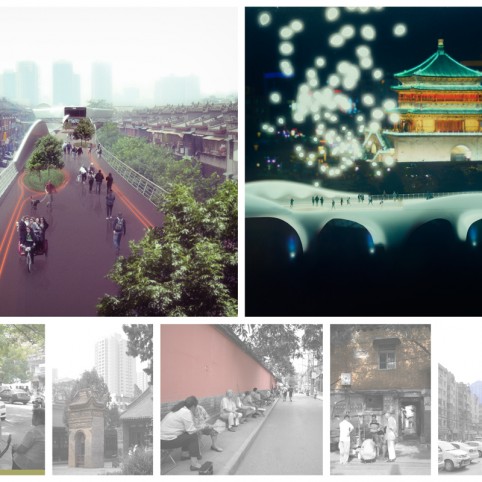 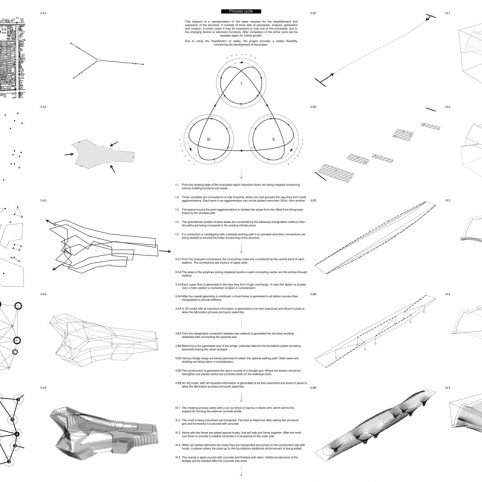 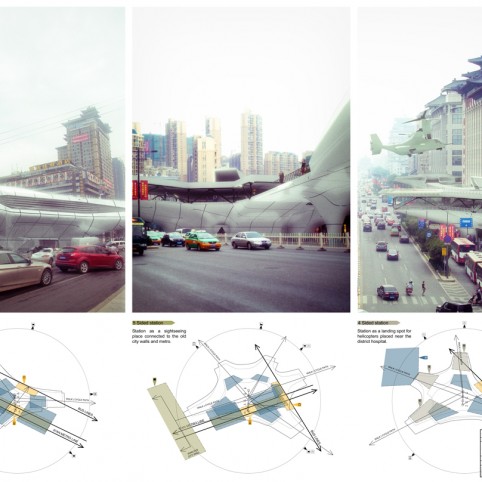 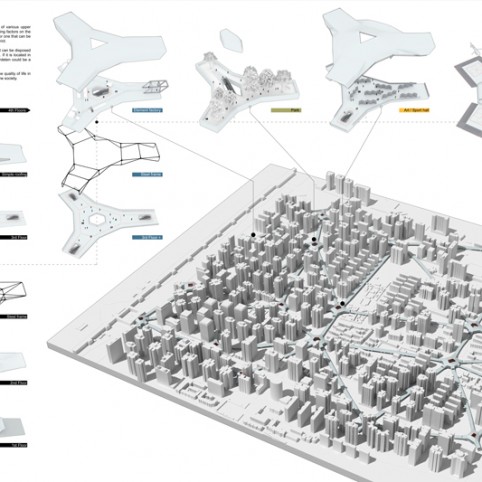 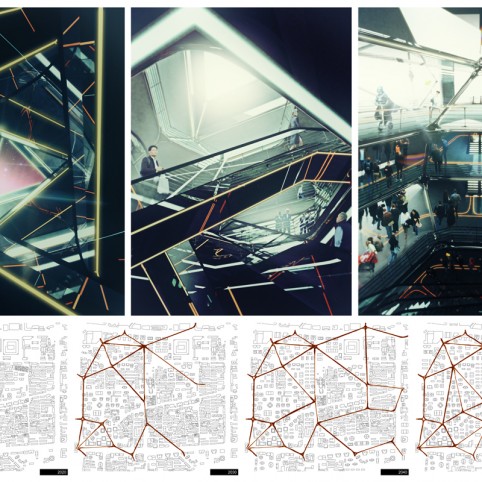 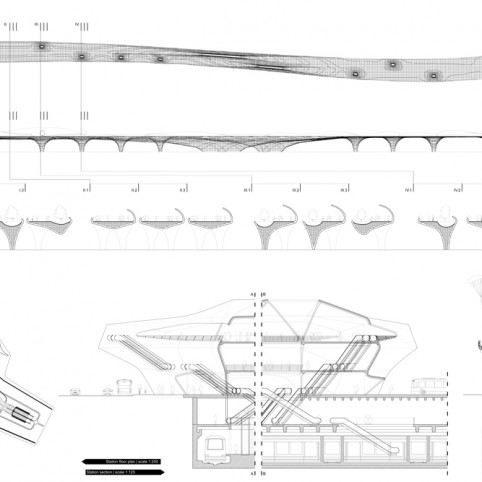